This is the last part of the 3rd issue of our periodical the “Cuneo Rosso” on mass migration processes, ranging from their causes, starting from neocolonialism, to institutional racism in Italy and across Europe. A point is made that migration processes are a key issue for a young and multinational new proletarian movement resisting and fighting back 21 Century capitalist rotten society. 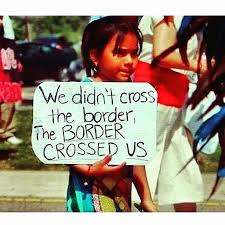 1 The profound and uncontrollable dynamics of global capitalism have produced a large-scale international migration movement. A movement that is growing daily as a result of the inequalities of development, of the foreign debt that strangles many countries in the South of the world, of the industrialization of agriculture of Africa, Asia and Latin America under the dominion of agribusiness, ecological disasters and neo-colonial wars, the need of rich countries to grab new immigrants to be exploited. This migratory movement is also directed towards the more developed areas of the South, but primarily towards the countries of the North of the world, including Italy.

2 These same dynamics have produced the largest industrial reserve army in the history of capitalism, about 1 billion unemployed and underemployed, a mass of “supernumerary” proletarians destined to grow further. In the countries of the South, but also in all the countries of the North of the world (Italy first, just ask the young people of the South). END_OF_DOCUMENT_TOKEN_TO_BE_REPLACED